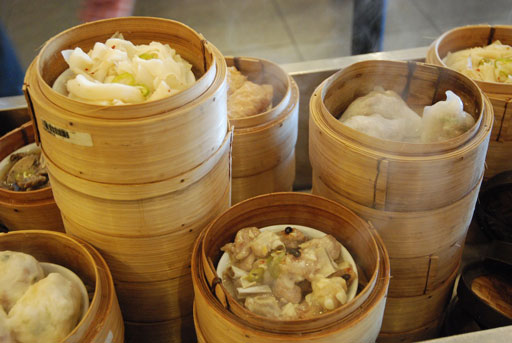 Heart’s Content was commissioned by then independent curator, Dean Daderko for Art In General. It is a project in two parts: Emails and Event

“Dimsum,” I am told, means something like “eat to your heart’s content.” Based on an über dimsum meal, this performance consisted of a series of subscription-only emails through which the audience witnessed my performance: gathering, eating and reviewing the food that could be ordered in an eight-block radius of Art in General. The emails also posted to a blog. This slide is an example of one of the emails. 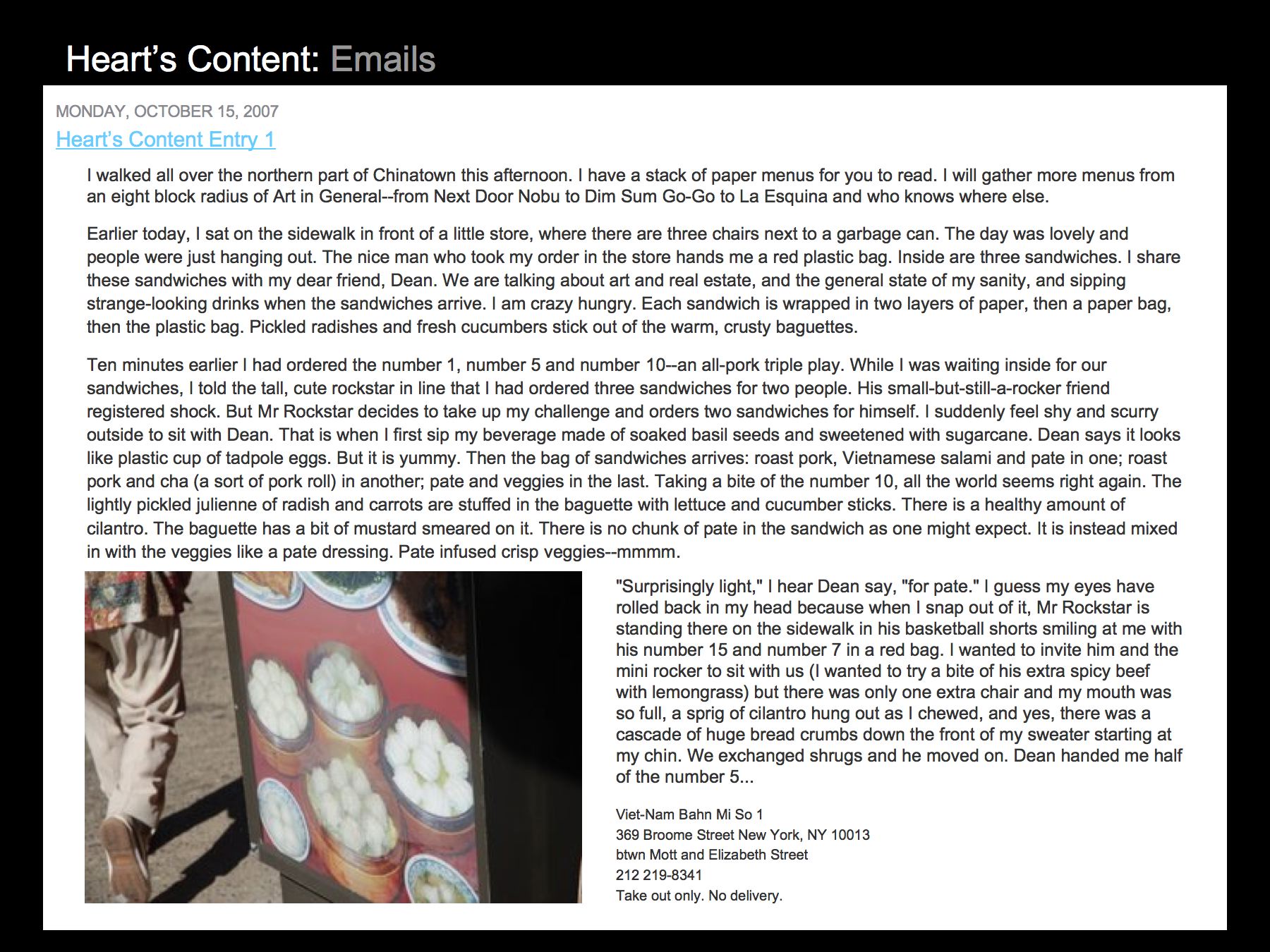 The project culminated in “The Eat In.” Art in General was converted into a dimsum house, except that the guests had to either order for delivery or pick up their own take-out from the menus I had gathered during the previous weeks.