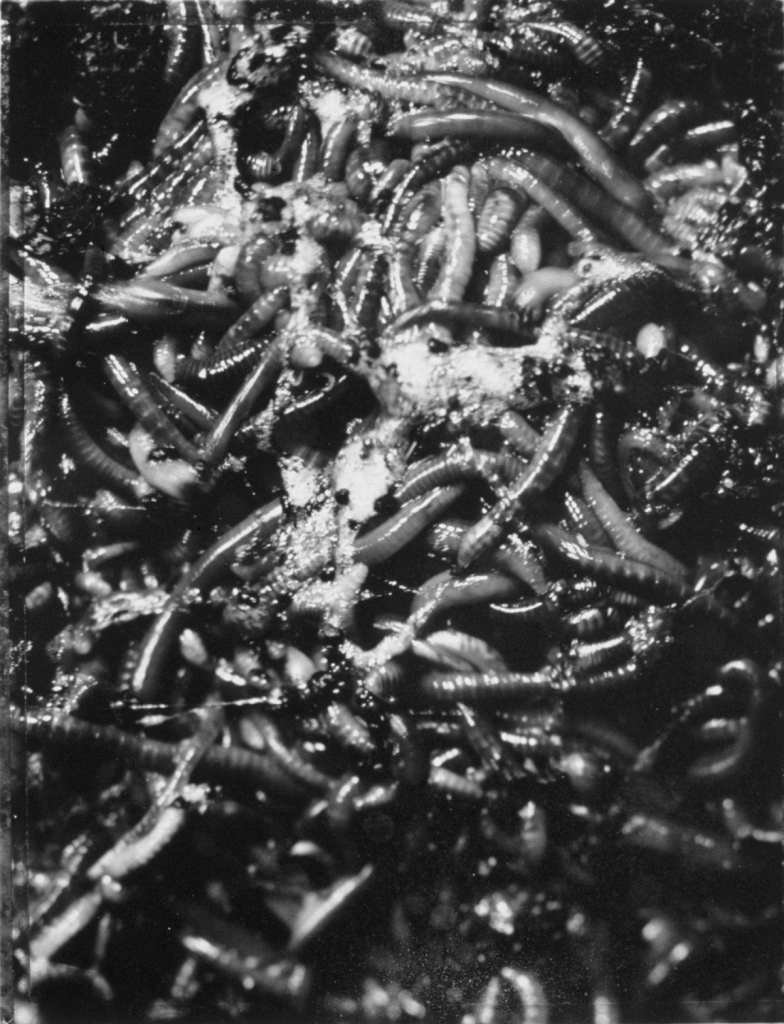 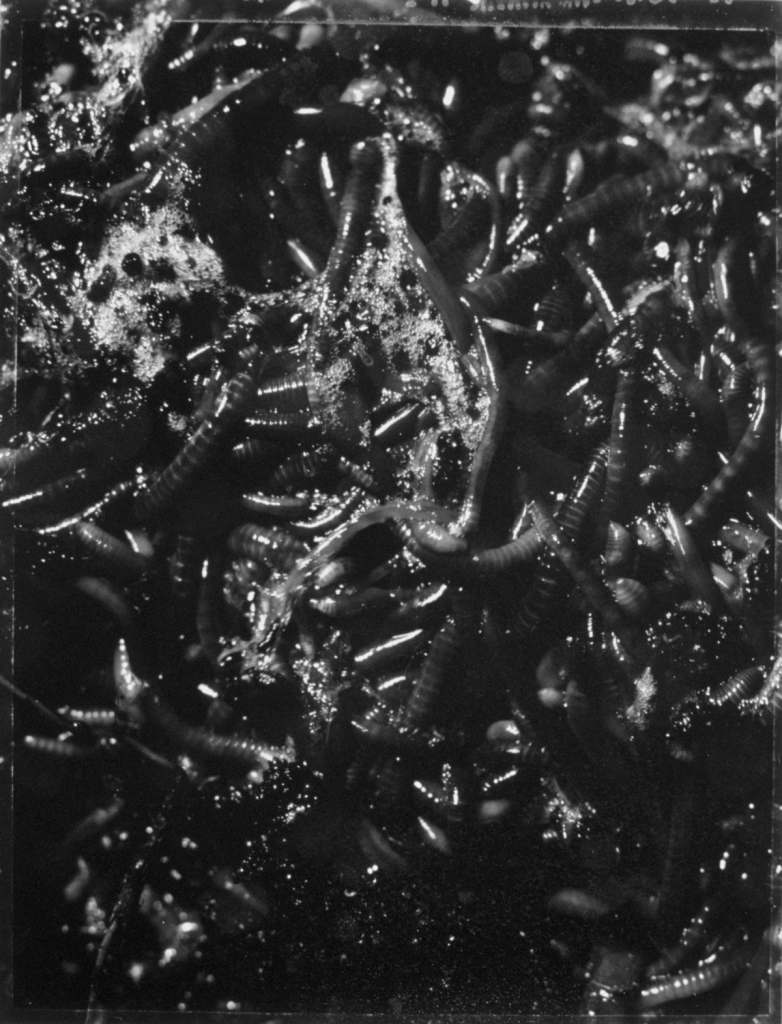 This work was influenced by the writing of Wendell Berry and Wes Jackson.  I made a gesture towards reversing the loss of topsoil caused by industrial farming methods by making soil in my Lower Eastside apartment using the scraps from my kitchen, a compost box of my own design, and 2000 earthworms. The resulting soil was used in potted plants and distributed to other gardeners. The earthworm population eventually grew to 10,000 at which point I photographed them. I exhibited the 16×20″ photographs, and a working worm bin with a self-published, compostable pamphlet on how to build your own at Southern Exposure, San Francisco. That worm bin is still in use in Oakland’s Gourmet Ghetto.