Surface Magazine: Will Work With Food

Will Work for Art, by Kevin West 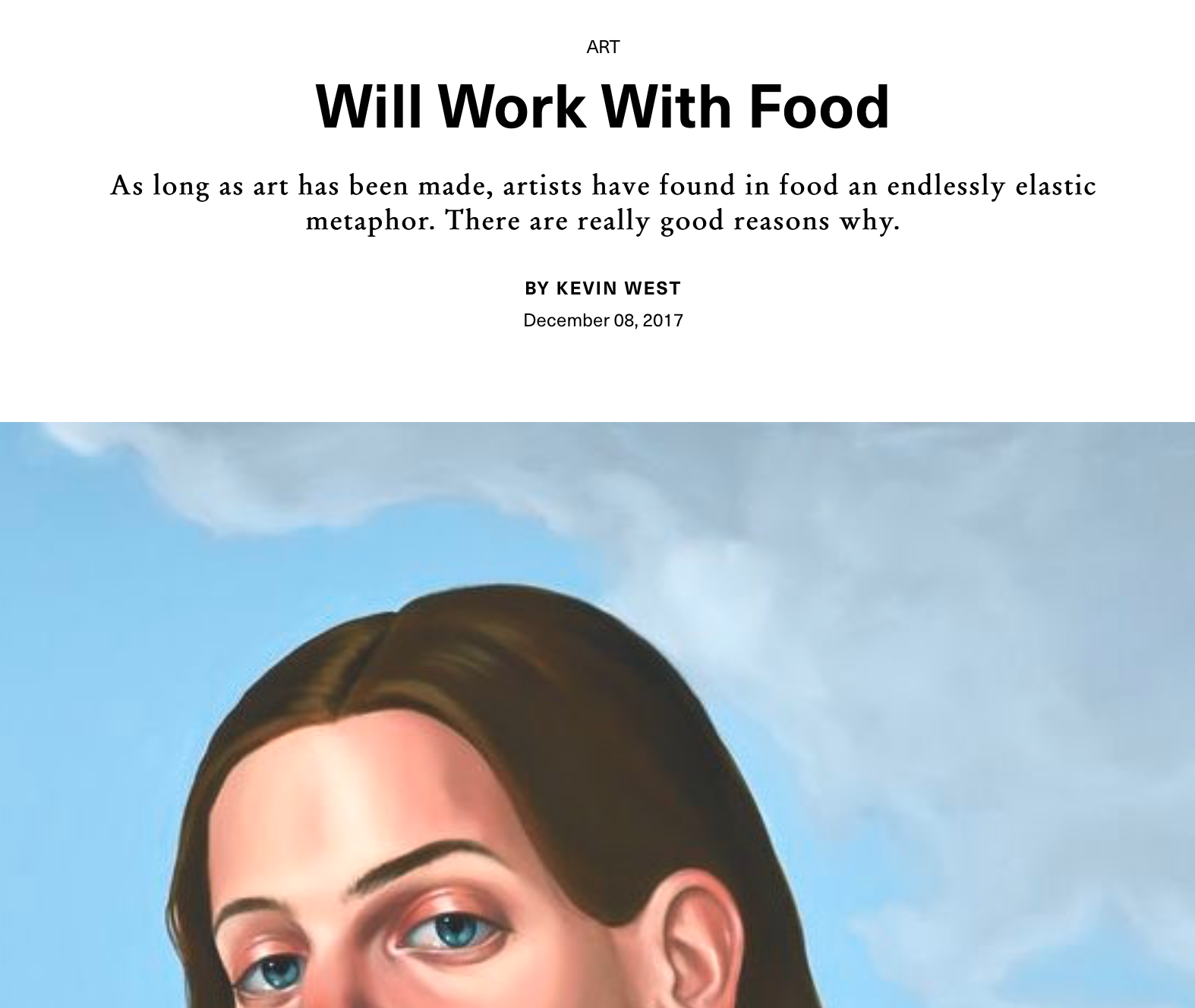 A different aspect of identity, its subjectivity, animates “Sour Cherry Pie” (2004–present), Elaine Tin Nyo’s study of Americana. Once widely grown as “pie cherries,” the fruit is now as rare as homemade pie—“a cult,” says Tin Nyo. Every year during their brief midsummer season, she bakes pies daily and takes them to friends, sharing a slice with each one. Some days she eats nothing but pie. On the surface, the annual rite appears generous, if perhaps eccentric. Tin Nyo sees a deep-dish slice of “perversity.”

Born in Burma, the artist came to America when she was a child and was fascinated by the “reverse exoticism” of folksy food. On TV she he watched Julia Child, a feminist role model, and eventually went to work in restaurants. “In my earlier work,” says Tin Nyo via Skype from the South of France, where she is working on a multiyear project to follow a pig from birth to ham, “there was a subversive feminist act in taking the language of the domestic at a moment when the generation before me was horrified with cooking because they had just burned their bras.”

For an early performance, “Egg Curry” (1996), Tin Nyo prepared the traditional make-do staple of Burmese home cooking while projecting home movies of her stylish family at a sculling regatta in the 1960s. Dressed in traditional Burmese garb, they drank post-Colonial G&Ts and wore Ray-Bans. There is a crack, the artist seems to say, between who we are and who we aspire to be, and through it we can discern the unstable geology of the composite self.

Fast-forward to “Sour Cherry Pie,” Tin Nyo’s DIY holiday, a time to take stock and catch up. The pie is an excuse to visit friends and a sacrament to share, a double-crust serving of bygone small-town life. Except that the sweet nostalgia is as foreign in Tin Nyo’s hands as the G&Ts gripped by her Burmese family. And she’s delivering it on the New York City subway. “I’m not a nice Midwestern girl,” says Tin Nyo. “It’s reverse colonialism.”