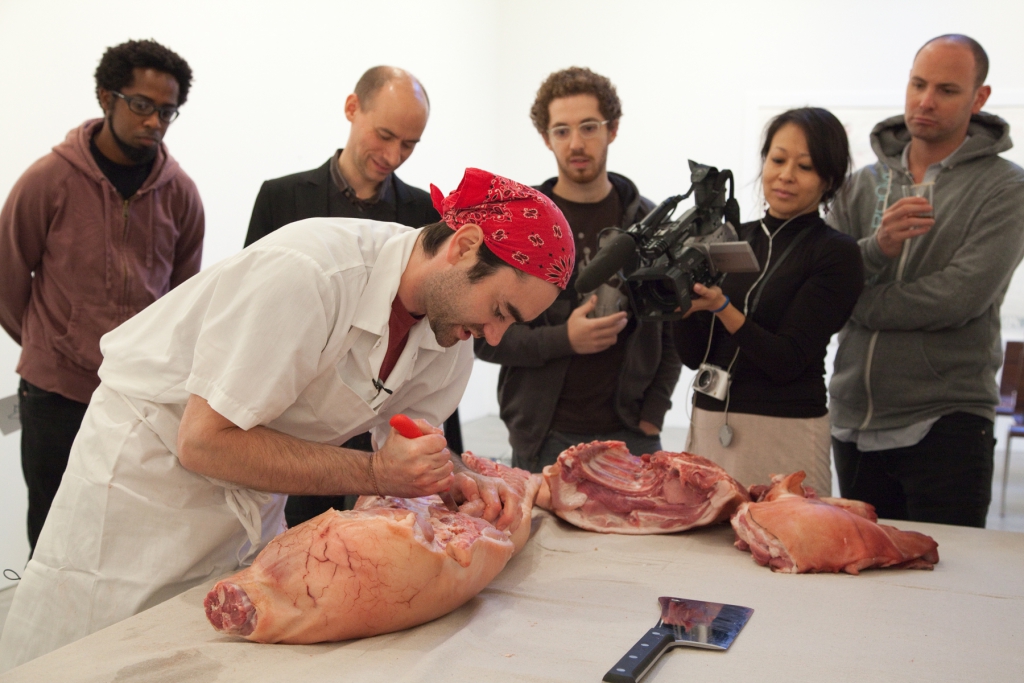 During the course of the 3-hour performance at Postmaster Gallery (NY), artist and butcher discussed our complex relationship to pigs and pork while breaking down half a pig. The ten participants were challenged to confront their own physical being as compared to the dead animal that became meat before them.

Utilizing the entire animal is just one way we show respect for the life of the animal. Since before the use of fire, butchers and cooks have been allies in this endeavor to feed ourselves mindfully.